How To Unblock A Drain? 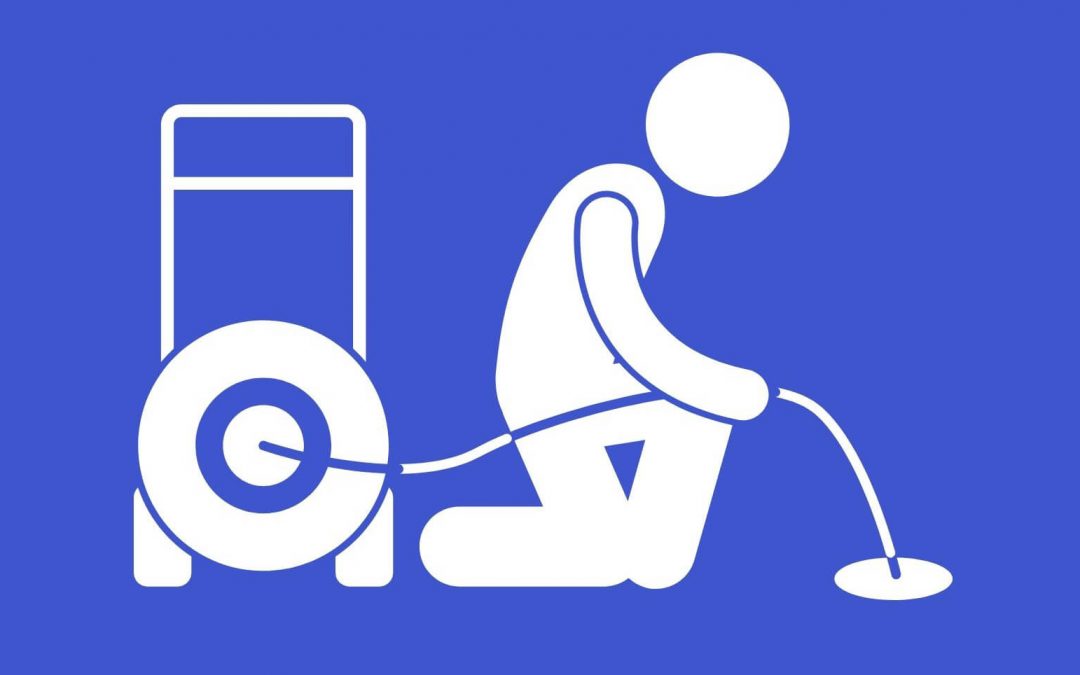 If you’re searching for “How To Unblock A Drain?” then this article is for you.

Signs of a blocked drain?

A sign that your drains are blocked could include one or more of the following:

With some drain problems, water won’t drain away no matter how long you leave it. Another thing to consider is if just one of the above appliances won’t drain or is draining slowly, say your sink.

The blockage will likely be in the pipe which goes into that particular appliance. However, if all appliances have a blockage, the sewer drain itself is likely blocked. Check manhole covers and external drains. If water is rising then you know it’s a sewer drain problem.

Health and safety when dealing with manholes

You mustn’t enter a manhole and only tackle the issue from outside the manhole. If in doubt contact us for drain unblock services.

Why do my drains smell?

If a foul stench is coming from your drains such as rotting food, then it’s a sign that you have drain problems. Foul smells are commonplace with drainage issues. Clear blockages caused by food or they’ll proceed to rot in the sink’s drainpipe.

Try to eliminate strong odours from drains by pouring boiling water down the sink. Bacteria are being killed in this way as heat kills germs. A mixture (equal parts) of vinegar and baking soda can be a fantastic drain cleaner.

There will be a satisfying fizzing sound as the solution goes down the drain. Wait about one hour before pouring boiling water down the drain. Waiting before you pour the water will allow the mixture to work its magic and proves to be an excellent way of cleaning up smelly drains.

What to do if you have a blocked drain?

If you have blocked drains, you could try several DIY methods to unblock a drain, but you may end up having to give an expert drain unblocker a call. All of these instances, ensure that, especially when using hot or boiling water, you pour it slowly.

How to unblock a drain outside?

Firstly, before you attempt to unblock an external or outside drain, always wear personal protective equipment (PPE) to avoid coming into contact with harmful bacteria. When attempting to unblock an outdoor drain, bear in mind, the drain unblocking methods below might not work, and you may need to call a professional drain unblocking company who will use drain rodding, drain jetting, and/or industrial jet vac tankers or suction tankers.

To remove the blockage manually, by hand (wear rubber gloves), remove the drain cover (with a screwdriver or by prying – depending on the type). Then, with your hand, feel for any blockages, scoop anything you can feel out and put it in a (correctly coloured depending on your location) wheelie bin.

Use a mixture of baking soda and vinegar to remove the blockage?

No, using baking soda and vinegar won’t remove a blockage, this is more preventative. To work towards preventing blockages, remove the manhole cover, and pour a mixture (equal parts) of baking soda and vinegar (about a cup of each). Leave the mixture for a half-hour to one hour, to give it the chance to break down the matter that is causing the drain blockage. You should hear a fizz.

Follow-up by pouring a combination of hot water and bleach down into the drainpipe, which helps to reduce the chances of the drain become clogged in future and also cleaning the pipe.

Use drain rods to remove the blockage

For more severe blockages like quite tightly packed mud, use drain rods. These are also known as plumbing snakes or a drain snake. Unlike with the manual method using your hands, with drain rods, the process breaks up the mud and then flushes it down the drain with water.

How to unblock a shower drain?

If the blockage is in a local pipe to the shower drain, pour half a baking soda cup with the same part vinegar. You’ll notice a fizzing sound. Leave the solution for at least half an hour to start to work and break down the blockage. Then pour a few kettles of hot water down the drain to flush out the blockage.

How to unblock a bath drain?

If the blockage is in a pipe to the bath drain, pour half a baking soda cup with the same part vinegar. You’ll notice a fizzing sound. Leave the solution for at least half-hour to start to work and break down the blockage. Then pour a couple of litres of boiling water down the drain to flush out the blockage.

How to unblock a sink drain?

If the blockage is in a local pipe to the kitchen sink or bathroom sink drain, pour a half cup of baking soda mixed with the same part vinegar. You’ll notice a fizzing sound. Leave the solution for at least half-hour to start to work and break down the blockage.

Next, pour boiling water down the drain to flush out the blockage – a few kettles of hot water should do the trick. This type of drain unblocking process can be useful for kitchen sinks, and bathroom sinks.

How to unblock a toilet drain?

Unblocking a toilet waste pipe, as with other drain types, can be achieved using a few tried and trusted methods, namely a plunger or drain snake. You can use a plunger on your toilet or snake your drain. Depending on how confident you feel with doing this task, you might want to either try yourself if it’s a small clog but hire an expert drain unblocker if the blockage is more substantial.

To use a plunger, you’ll need a pair of rubber gloves. Start with applying the plunger gently, so the first plunge should use less pressure. The first plunge’s idea is to force out any air gently, so too much of a mess isn’t made in your bathroom. Next, plunge consistently with a vigorous amount of force, maintaining a seal throughout the process. The trick is to generate suction and pressure to force the blockage free. Ensure the plunger is covered with water in the toilet bowl whilst plunging, this will help maintain enough pressure to remove the blockage. If plunging doesn’t work then try using a drain snake or call a professional drain unblocker.

Using a toilet snake to unblock a toilet should be done with care and can, in some instances, make the issue worse. If in doubt always consult with a professional drain unblocker. The reason why attempting to snake a drain can make the problem worse could be if your drains are particularly corroded and quite old. To mitigate the risk of accidentally taking off any metal and damaging your drainpipe, choose a professional drainage expert to help. You use a toilet snake in the same way as you use a drain snake. Toilet snakes are different to drain snakes, their design prevents damage to and scratching of the porcelain. A toilet snake will work by either pushing the blockage through the pipe and pulling it back up the toilet (by basically grabbing it). Other names for toilet snakes are toilet augers and closet snakes. Plumbing snakes are different though they don’t have the same porcelain protection in a rubber coating that covers the metal shaft. Many people use these terms interchangeably. If you want to have a go at doing it yourself and feel confident in carrying out this task, and realise that snaking a drain can make it worse, then here’s the process:

If using a drain snake doesn’t work, or after reading this you would instead leave the task to a drain unblocking expert, then call a professional drain unblocker for help. If you’ve had a go at unclogging your toilet with a drain snake and the blockage persists, it may be a matter of pulling up the toilet. If in doubt about how to do this, don’t hesitate to call an expert drainage solutions professional.

Here’s an ultimate guide to unblocking a toilet drain.

So those were a few options for attempting to clear a drain pipe and clogged drain. Remember to be careful, especially when trying to remove a blockage in your drain by lifting a manhole. Clean up thoroughly after coming into contact with drain water as it will hold bacteria in many cases.

We use cookies on our website to give you the most relevant experience by remembering your preferences and repeat visits. By clicking “Accept All”, you consent to the use of ALL the cookies. However, you may visit "Cookie Settings" to provide a controlled consent.
Cookie SettingsAccept All
Manage consent

This website uses cookies to improve your experience while you navigate through the website. Out of these, the cookies that are categorized as necessary are stored on your browser as they are essential for the working of basic functionalities of the website. We also use third-party cookies that help us analyze and understand how you use this website. These cookies will be stored in your browser only with your consent. You also have the option to opt-out of these cookies. But opting out of some of these cookies may affect your browsing experience.
Necessary Always Enabled
Necessary cookies are absolutely essential for the website to function properly. This category only includes cookies that ensures basic functionalities and security features of the website. These cookies do not store any personal information.
Non-necessary
Any cookies that may not be particularly necessary for the website to function and is used specifically to collect user personal data via analytics, ads, other embedded contents are termed as non-necessary cookies. It is mandatory to procure user consent prior to running these cookies on your website.
SAVE & ACCEPT